Not even berried yet 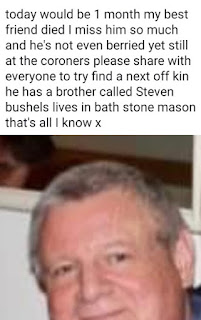 It seems that Boris took even more from Donald Trump than I first thought. The very fact that everyone knew that he could not be shamed out of office perfectly illustrates just how unsuitable he was for office, once his prime function of 'getting Brexit done' was - according to him - completed.
He never did get Brexit done. His 'oven ready deal' was just one of a never-ending stream of lies which began coming out of his mouth even before the referendum. The whole thing was based on lies and the complete absence of tangible facts. What amazed me was how half the general public swallowed them all without question, then forgave him when it was proved that they were all lies. He got away with a few big ones and never looked back.
My brother was a serial liar and con-man, so I know how these people operate. They never, ever back down and they rely on multiple second chances to survive. They obfuscate and bluster to take your mind off what they don't want you to examine, and when their ever-expanding network of complicated alibis begins to show signs of tearing apart at the seams, they turn the attention away from themselves and toward others. It is all bound to come crashing down sooner or later, though.
Believe it or not, there are some (admittedly blue-rinsed) people who still support B.J. 'Nobody could take care of the country as well as Boris', was a quote from one woman this morning. That isn't even party loyalty.
The current Conservative Party has near-fatally weakened the U.K. and finished up by turning us into the laughing-stock of the rest of the world. Hundreds of years of hard-earned respect have been squandered in just two, and it cannot be undone in my lifetime.
at July 07, 2022