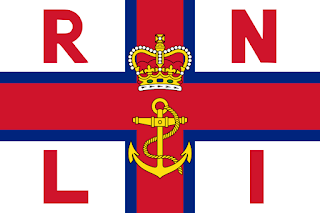 Nigel Farage has just boosted the RNLI's income by about £200,000 by accusing them of being a 'taxi service' for illegal immigrants to the UK. This much-loved and respected institution run by unpaid volunteers who put their lives at risk to save others has been inundated with donations from people who have been outraged by that foul excuse for a politician.
They have also suffered personal abuse and some cancelations of subscriptions by people who support Farage and everything he stands for. He would let men, women and children drown, but the RNLI would save him if they found him floundering off the South Coast.
Who has the 'courage' to defend his opinion I wonder?
at July 29, 2021