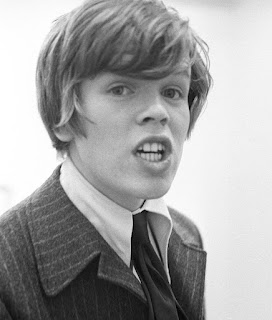 Was going to do something different, but this is about something I've just watched.

CAN'T YOU HEAR MY HEARTBEAT

On Sky Arts on Friday (UK Freeview 11), a brilliant 2009 documentary about Herman’s Hermits, the nineteen-sixties group many would now dismiss as forgettable and inconsequential.

Frontman Peter Noone, aged sixteen when they hit the big time, was given the brush off by the older Beatles and Rolling Stones as a performer of other people’s songs, and lectured by the opinionated Graham Nash for not using his popularity to further the causes of the common good. Yet they had a long stream of hits and were one of the most successful British bands of their era in the United States.

They were never going to produce a serious opus to influence the future of music. All they ever set out to do was to sing memorable hits. They did that so well. Their playing and harmonies were spot-on. It’s only when you’ve tried to play in a band yourself, it doesn’t matter what kind, that you begin to realise just how challenging that is.