Voices in my head 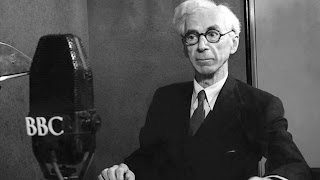 Waking up at or before dawn for the last few mornings, I have taken to plugging earphones into my phone and using it as a radio. It drowns out the voices of the demons who have pestered me all night, and usually leads to about another hour of a strange sort of sleep, during which I have conversations with, or am lectured at, by various people from all over the world.

I actually tuned in last night when I went to bed, because it was early and I liked the idea of listening to the radio for a half an hour or so before sleeping, but - as is always the way - I fell asleep immediately and listened to it all night, only turning it off for an hour just before dawn, then turning it back on again.

If you listen to BBC's Radio 4 until midnight, it turns into the World Service. Various people who have been kidnapped and allowed a radio over the years, have used the World Service as a life-line, and it must be reassuring to know that life goes on without you in the Old Country, even if your name is not mentioned on the hour, every hour.

At some point in the night, I partially woke with the knowledge that there is a company somewhere which makes plastic toys for children which somehow keep track of the child by injecting some tiny sort of electronic code or bug into the toys, and the toys are made by a printer, in the same way that man made a working pistol by programming a printer which had some sort of hot plastic-spraying attachment to it which spat the gun out as you watched in astonishment.

At other times, I have been standing in the garden of Highgrove with Prince Charles talking away at me about farms and plants, never pausing for breath long enough to allow me to get a word of my own in. How rude.

Another time, I was standing in someone else's garden who happened to be a friend of mine, and he too was talking non-stop on a subject which I had no idea he knew anything about. Then - without warning - he suddenly admitted he was gay and had been living with his long-term partner for many years. This came as such a surprise to me that I woke up.

This morning, when I eventually got up, I found that I not only had an in-depth knowledge of all current affairs and world news (it's terrible what is happening in Egypt now), but I also knew the average market price of most agricultural foodstuffs - new potatoes in particular - thanks to 'Farming Today' but must have lost concentration when it was explained what a 'new potato' was, if it is on the shelf of a supermarket out of season. Actually, I have just remembered - it is a small potato labeled 'new'.

No wonder I am so bloody tired before I go to work.