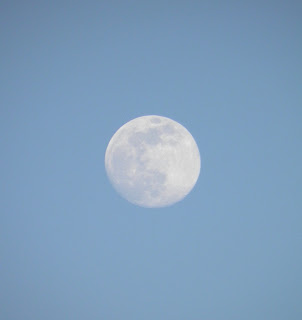 Are you someone who is affected by the phases of the moon? Some people admit to it and others don't. Some seem not to realise it, or if they do, dismiss it as nonsense.
Maybe I am kidding myself, but I think I notice the effects in others rather than myself. There is one particular blogger who I no longer follow but still read, and I have noticed that his apoplectic rants seem to coincide nicely with a full moon. Worryingly, he attracts a lot of support for them.
I forget which ancient spiritual leader it was who said that the first thing you should do is break free from the influence of the moon.
Is it just coincidence that the moon appears to be exactly the same size as the sun when viewed from Earth?
at November 15, 2022