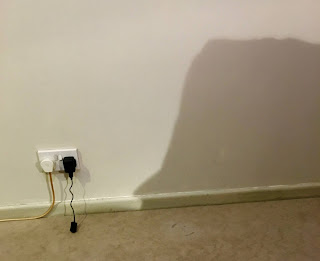 In our flat, the ghost of Margaret Thatcher instinctively edges toward the power points. She is drawn. She cannot resist.
Exhausted by his 3 hour stand-up set (5 minutes longer than his closest rival), Boris has a well-earned holiday in his generous and recently ennobled friend's luxury villa in Marbella. One swimming pool just isn't enough.
He left his ministers behind to lie about talks with the Treasury to secure a future for vital industries which depend on an affordable power supplies to protect thousands of jobs producing steel. glass and paper, but that's all they were - lies.
His hero and role model - Winston Churchill - on the other hand, spent the entire Blitz in London offices and bunkers, trying to sort the whole thing out to the advantage of the British people, or rather simply just trying to save Britain.
This Prime Minister is not just ill-equipped to run a turkey (or any other sort of)  farm, he does not seem to care about anything else other than his own trousers and their ungovernable contents.
On his return he will crow - again - that he has saved Christmas by buying up a load of greenhouse gas to stun the turkeys we all pray we can buy on the most wonderful day of the year.
at October 11, 2021