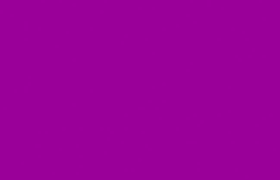 More food. Last night I roasted a very tarragon-heavy chicken - I stuffed it with a large bunch of fresh tarragon and made a sauce/gravy using dried and fresh tarragon, plus mushrooms, with a little dash of cream at the end so it did not curdle. Food has become very important to me over the last 18 months, but I seldom write about it, let alone take photos of it and put them up on Instagram.
Halfway through the eating, I said to H.I. that I believed that tarragon was my favourite herb. She said, what about coriander, both leaf, seed and stalk? And what about basil? I would like to have said that tarragon is the best with chicken, but depending on where you are in the world, coriander is also wonderful with chicken. Maybe I should have just qualified it by saying that tarragon was my favourite herb - tonight.
I once asked an eight year-old guest if she liked strawberry crème fraîche (I found the special characters) and she said it was her favourite. Well, favourite today maybe, I snarled, but give it another couple of weeks and you will have probably discovered something you like better. I didn't really say that. I didn't even think it.
How many times have you been asked the impossible question, 'what is your favourite colour'? The only people who can give a straight answer to that are the sort of people who dress head to toe in purple, every day of the week.
If you have ever been on a colour theory course, you will never profess to having a favourite colour again.
I used to jokingly ask my mother who was her favourite out of me, my brother and my two sisters, and she would always tell the same lie about not having a favourite.
"All right then. Who is your least favourite?" was the other trick question to which I knew the answer. She would not be drawn.
at October 24, 2021