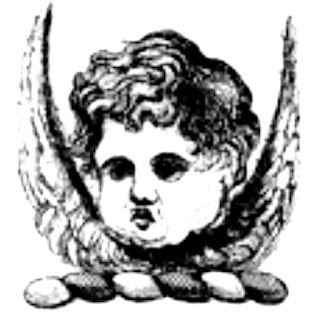 This, believe it or not, would be my family crest if ever my family had been ostentatious enough to use it. It would have been very unlikely, being from generations of pre-war East End Londoners. Tall Poppies usually got cut down in those days.

I can remember my father's sister giving me a very stern look if ever I tried to be clever, and felt very embarrassed if ever my father caught me unawares when I was doing something artistic, either painting, drawing or playing the piano.

We had two pianos in the house - one an ordinary upright and the other a big, black, shiny, full-size Grand. My sisters had piano lessons (which they hated) but I did not. I used to like tinkering away at improvisation, but always stopped if my father came into the room. He would tell me to carry on playing, but I never could.

Thinking back, I felt so effeminate in his presence. I wasn't in fact, but he was so extremely masculine that I always felt inadequate by comparison. He was very big and very handsome.

The funny thing was that whenever I was in the presence of genuinely effeminate and artistic men in later life, I felt stupidly masculine. I felt like a stoneware jug to their porcelain vase. It seemed as though I was inhibiting their flights of fancy with my earth-bound practicality.

I never realised until it was pointed out by my 14 year-old grand daughter that I could be seen as physically intimidating just by standing there without a smile on my face. Some people were actually scared of me - something which never occurred to me at the time. I didn't know I could be scary without trying.

All that is in the past now that I have reached the beginning of old age, but I still yearn to be seen as avuncular. That quality will be forever denied to me I fear.
Posted by Tom Stephenson at 03:12