It's a wonderful day 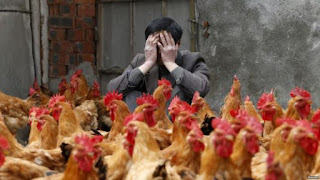 Cro is suffering from the same deep despondency as the rest of Britain is right now. It just seems so unfair that all this 'news' is happening at happening during a very long period of austerity when the only thing that is capable of collectively cheering us up is a Royal Wedding, and we've had that now.

Sport used to be the Great Escape, but when Scotland beats England at cricket, those days are obviously over for the foreseeable future. We have the humiliation of the football World Cup in Russia to look forward to next.

Spending-sprees also used to be a good form of therapy for the middle classes, but even though we are encouraged to tighten our belts and put aside money for rainy days, it is impossible to shop for everyday groceries without embarking on a spending-spree, thanks to the enormous hike in food prices.

Eating the expensive food is another solace for the troubled soul. I hear that Britain now has levels of child obesity which are greater than the U.S.A.'s. That is a record.

Up until quite recently, my personal form of escapism was the hunt for antique glass and other stuff, but despite that prices for those things have reached an all-time low, the appeal has tarnished for me and I no longer actively hunt.

Reality is getting more and more difficult to escape, but nobody seems capable of dealing with it at the moment - especially the politicians.
Posted by Tom Stephenson at 03:05