Notes from a lefty monarchist 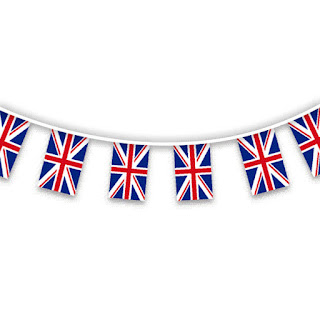 Yesterday, H.I. surprised me by telling me that there is going to be two Bank Holidays this week - I had not even remembered the standard Monday one, let alone the Jubilee on ... Wednesday is it? Despite my affection for the Queen and all that she represents, I plan to work through both.
Years ago, we were on holiday in Southern Turkey at a place which was infested with the worst sort of Brit who represent our country by getting horribly drunk at 10 in the morning and urinating in the streets - half naked - as the temperature rises into the 100s.
We used to go to the same place for breakfast every morning and cringe as we watched red-faced, shaven-headed yobs walking around with beer cans shouting at the locals. The proprietor of the cafe had obviously had enough of Great Britain as it appeared to him, and became more and more belligerent toward us as time went on.
On the last morning, he asked what 'Lovely Jubbly' meant (he had obviously heard it as many times as I had) and I honestly replied that I did not know. He did not believe me and said that I MUST know what it meant. I was English, after all. I insisted I did not.
He had his revenge when he represented his country by short-changing us by about £40 when I paid for a £9 breakfast with a high denomination note and was given the change from £10. There was no redress. The police were as fed up with the Brits as he was.
I could have saved that money by explaining - as I have come to believe - that 'Jubbly' is a Cockney rendition of the word, Jubilee.
Somebody said the other day that anyone who has the burning ambition to become Prime Minister should be precluded from ever holding the office on the grounds that they would not have the right attitude to do the job properly from the outset. The latest one actually had the ambition of being a king when he was a boy.
This is why I am a monarchist who approves of hereditary peers.
at May 29, 2022