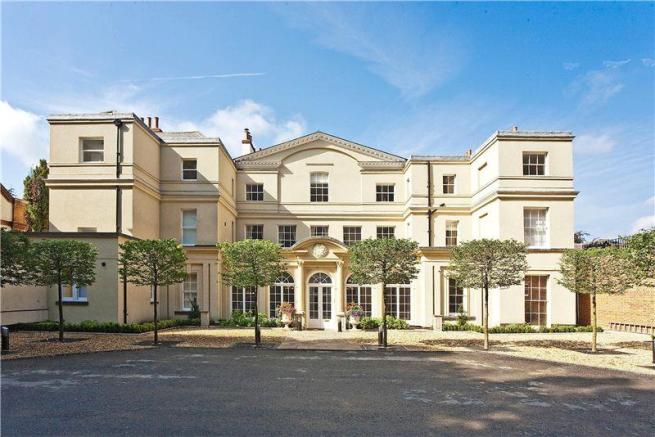 This is Moor Park, near Farnham, Surrey. Once the home of Sir William Temple, it was the first place that Jonathan Swift lived after he came from Dublin to be Sir William's private secretary. The house fell into a terrible state of disrepair by the 1940s, but was saved by the local council when local councils could afford such projects.
It has been a private dwelling, a private college - with its own chaplain -  a school for flower arranging (believe it or not) and a cookery school in former times (as my German friend is fond of saying). I once spent a cold night sharing a room here with a young Colonel Blimp - but don't get your hopes up, it was a college shindig.

On the other side of a large carp lake stands Waverley Abbey, the first Cistercian monastery in England and - about 800 years later - the first placed where I began my curséd life in stone. Henry the Eighth dissolved it and Oliver Cromwell used these very cloisters as stables for his cavalry, destroying beautifully tiled floors in the process. My boss was the Ministry of Works, but now it would be English Heritage. 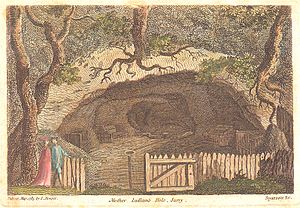 A narrow and sandy path runs to the left of Moor Park, and about halfway down it is Mother Ludlam's Hole, now more delicately called 'Cave' by the faint-hearted. The cave is large and remnants of brickwork can be seen in its roof and floor. This is reputed to have been the dwelling of a famous local witch called Mother Ludlam, whose cauldron is displayed in the nave of a nearby church.
Above it there is a much smaller opening cut out of the sandy cliff which was the humble dwelling of a deranged old man called Father Foote. It is recorded that Father Foote died whilst shouting obscenities at passers-by down on the path, at whose feet he came to rest - literally - having rolled down the steep incline. This could be the same story as any town centre in the country today. 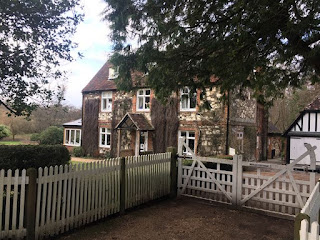 Carry on past the entrance to Mother Ludlam's Hole and you will come upon this desirable Surrey property. It is called 'Stella's Cottage' because it was the home of Stella (derr),  Jonathan Swift's sweetheart when he lived at Moor Park. He wrote poetry about her, some of it unprintable, but they printed it nevertheless. 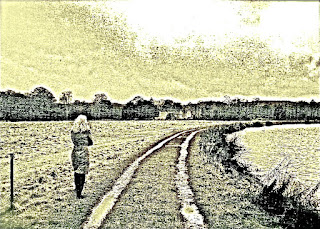 Just past Stella's Cottage, the path turns to the right and meets a road. On the other side of the road are the gates to Waverley Abbey, where I took this award-winning photo of H.I. one chilly Autumn day. I thought it would be good for the cover.
Imagine that it is the year 2000, the monastery was never dissolved, Sir William Temple still lives at the big house and the Abbott has plans to turn it into a hotel and restaurant, Stella lives at her cottage, Jonathan Swift is a visiting Irish priest from London, Mother Ludlam is the housekeeper, Father Foote is the gardener, the archers still practice on the lawn of Moor Park - watched by little people from the adjoining woods - and you will have a good idea of the place as it was when I last saw it.
at May 21, 2022