Season of mists and mellow fruitfulness... 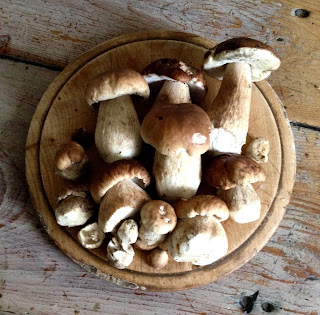 Ha ha! I have left it as late as I dare for this title, but since most of you have chickened-out I claim it as my own for the sixth time in six years. You have already had the Ceps, but now you have the quince tart made by me tonight, also from ingredients which were almost free. 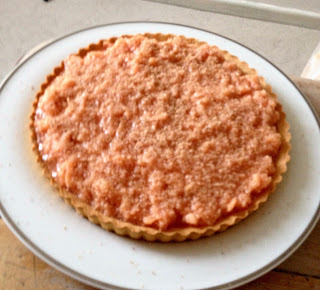 For the filling: Two large quince, roughly chopped and boiled with a little sugar for a fucking age until they turn into something approaching spoon-friendly, having blunted your sharpest knife.

For the pastry: Select the finest flour available, gently rub in the butter until it can be formed into... Get a ready-made pastry base from the supermarket and shove the cold quince into it. Grate nutmeg over the surface.

Serving suggestion: Cover with double cream and eat. The 16th/17th century tastes of an English Autumn.

I was going to moan about Tony Abbot and Dominic Cummings, but let's have a weekend off.

Cut this post out and save it. A culinary one from me is rare.