Uber versus The Knowledge 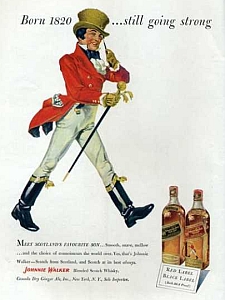 I wish I had done more walking while I still could. For the last few years my feet have hurt so much and for even longer my neck has hurt so much that I feel I have to sit down every few hundred yards.

I have been using CBD oil for a couple of months now, and it really seems to help. I began to get excruciating pains in my hand and foot (both left) even when I was sitting down in a chair, but they seem to have stopped. Just as well, as I couldn't put up with that without the opiates that everyone else seems to be getting addicted to. Ironically I loved those sort of drugs up until I began to actually need them, but went right off them overnight.

The whisky called Johnnie Walker was named after a gentleman of leisure who made it his business to walk every street of London before he died - or before he could no longer walk. The label shows a strapping  man in top hat and britches, silver-topped cane in hand, striding along a Regency street with a determined smile on his face.

As a child this image would deeply impress me every Christmas when the contents of the drinks cabinet were put out on a tray, but when I grew up and began drinking I understood that there were far fewer streets in 1820s London when Johnnie Walker did The Knowledge.

This being the 21st century, there is now a Jane Walker flying along the pavement with the caption, 'Keep Walking America'. I notice she isn't smiling.

Women are so much more athletic these days, and they drink whisky.  I blame Gentleman Jack. 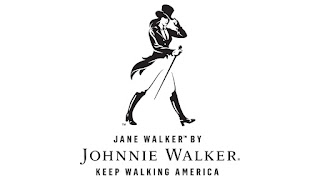