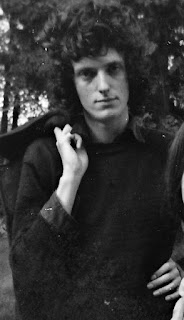 I just found this rare photo of me, aged 21. H.I. says that I look like I am hardly there at all, and I think that she is probably right.

I avoided having my photo taken at all in those days, which is why this one is so rare. When I went to get a picture taken for a passport, it was in a proper studio, as it had to be then. The photographer kept taking it and re-taking it, because I refused to smile. I was very similar to the Ayatollah Khomeini in that respect - he also thought that having a stupid and meaningless grin on your face in public was undignified and disrespectful. These days, of course, the UK Passport Office will reject any photo with a hint of a smile, so I was way ahead of my time.

It takes some people absolutely ages to properly come into this world, and I think that I was one of those. It took Green-Eyes about 4 years to be properly born, but now she is here, she is here fully-formed and she is here to stay.

Having completely arrived sometime around middle-age, I have spent the rest of the time trying to escape. This explains the drink, drugs and obsession with Harry Potter films. Some people are understandably a little frightened of the world, and I probably fall into that category as well. I don't think that this is an altogether bad thing, because anyone who I have ever met who is not frightened at all is either unjustifiably confident and unselfconscious, or a little stupid.

It took me years to understand that - on occasion - I can be a bit intimidating when trying to defend myself against what I perceive to be external threats, but that realisation was just another part of 'getting here'. Anyone who really knows me, knows that I am completely harmless - except for my big mouth. Green-Eyes worked this out years ago, when she was about 6.

I hardly resemble this picture at all these days, but a little while ago, drunk woman on the street stopped me and said, "You're Brian May aren't you?!" I told her that my name was Germaine Greer. 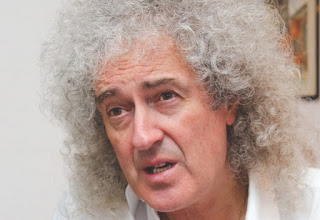 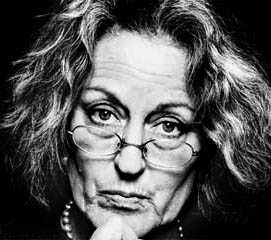 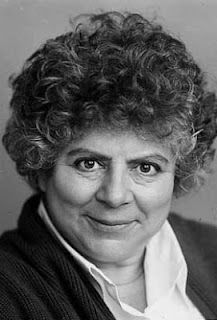 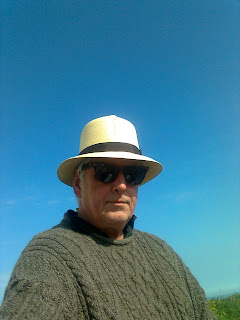