I'm in love with Alphonso 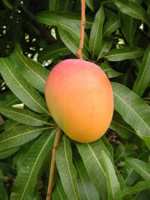 No, I haven't come out - it's the (short) season for Alphonso mangoes. If you have ever eaten one, no other mango will ever live up to it, but following the Indian Alphonso, a Pakistani one (called the 'Honey' mango in the UK) comes a close second - both in quality and season, just to let you down gently.

For about three weeks of the year, this Queen of the mangoes is flown around the world, cocooned in soft wrappers and boxed in colourfully decorated cardboard containers with little air-holes in the sides, as if they were some sort of beloved pet animals in transit.

Their texture is creamy, their colour impossible to represent, their perfume is heavenly and the taste is equally out-of-this-world.

One thing that I really miss from childhood is seasonal fruit. The 'first strawberry of the year' was a real event that marked the beginning of true summer, but now big, tasteless strawberries can be bought all year round and be served at Christmas time. The Alphonso retains it's seasonality, even though it has to be airfreighted in from another continent.

They do NOT make chutney out of the Alphonso.

It's also the time for another, brief seasonal food - goose-eggs! 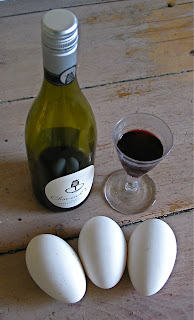