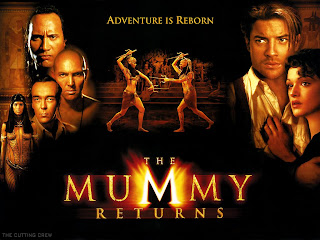 I cannot promise this will be the last Lady Thatcher related post right now, as the post mortems are still going on day and night, reminding us all about every aspect of her life and legacy. I do promise that this particular post is written with a grudging affection for the old girl, though, as I am getting a bit tired of all the vindictiveness being expressed before she has even properly cooled off.

I had to prevent a drunken ex-soldier from attacking a barman in the pub last night, because the barman had politely asked him to stop shouting his pro-Thatcher abuse at another customer on the other side of the room.

The irony was that when the Falkland conflict began all those years ago, I was in the exact same pub (I have been very loyal to it over the years), trying to avoid getting my head kicked in by drunken patriots who objected to the objective views I held about the whole business as it was going on. Last night's drunken soldier was still in junior school then, and I was too old for the first wave of conscription which everyone feared would happen.

This post is about the wonderfully humorous comments made by Margaret Thatcher, just because she showed no signs of possessing any sense of humour at all when speaking in public. All the 'jokes' that were written for her were delivered absolutely dead-pan, and because she never, ever, got the meaning of them, she would place the stress on completely the wrong syllables, giving them an entirely different meaning altogether. She just didn't get it.

They have just played a recording of a speech given jointly by her old buddy, Ronald Regan, and her, and it goes roughly as follows:

REGAN: "I remember Margaret telling me that this was no time to go wobbly" (about some sort of unpopular policy)

THATCHER: "Thank you, Mr President, for all the wonderful things you have said, including the wobbly bit."

Another time, she was trying to say how much she depended on her advisor, William Whitelaw, and ended up saying, "Everyone needs a Willie in their life."

And one I had not heard until today: Shortly after she was thrown out of office by her own cabinet, she took great delight in turning up to party conferences as an unwelcome matriarchal figure. By this time, she had adopted the use of the Royal 'We', as in, "We have become a Grandmother" and - when asked how she was going to spend her time now she was no longer Prime Minister - "We will do what we have always done - we will work."

She greeted the press outside the Brighton hotel where the Tory Party conference was being held with the words, "The Mummy returns."

She had obviously never seen the film.
Posted by Tom Stephenson at 04:44